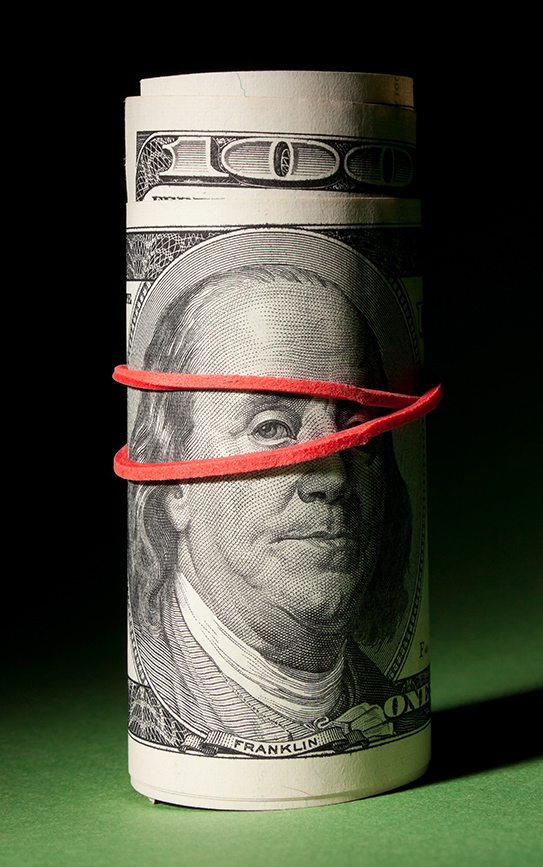 Benjamin Franklin would not be pleased

The new year is here, and we’ve reached a very special time for those of us in the banking world: that’s right, it’s bonus season.

This is my third year going through this exercise. I came in to banking back in 2010 with few expectations for what my bonuses would be like from year to year. I knew that as a researcher (as opposed to a banker, a trader, or a salesperson) I wasn’t exactly poised to hit be jackpot. Nonetheless, if I told you that the prospect of paying off my grad school student loans with a couple of good bonuses didn’t enter my thinking when I took the job, I’d be lying.

It’s a good thing that I made this career move with the idea that any bonus would just be gravy. The reason is that there hasn’t been much gravy. That’s in part because I joined the banking world at the wrong time, after the boom years of the previous decade that laid the rotting foundation for the 2008 financial crisis. It’s also because I happened to start my bank research career with an organization that ended up riddled by losses, scandals, and mismanagement. Oops!

What I have gained is an appreciation of just how pointless the pay for performance culture is within investment banking, or any other industry for that matter. There are plenty of social scientists who question how much companies’ annual bonuses are actually tied to performance, or whether or not they actually incentivize people to work harder or better. I’d always been somewhat receptive to this line of research and thinking, but life in the banking world is what really hammered the point home for me.

The reality is that how one actually performs is a very poor determinant of how much money one gets in the form of a bonus. The big determinant of course is the overall profitability of the institution. After a pool of money is allocated to bonuses across the whole bank, a portion of this pool is allocated to one’s division, then within that to one’s group, and then from that to one’s team, and then finally to the individual. In theory, one’s performance is a determinant of how much money one receives, but only after a number of other factors and decisions have occurred on a higher level.

And even the decisions pertaining to the individual employee are, for the most part, unrelated to that person’s performance and what he or she had contributed to the bank in the past year. On paper, one is paid on the basis of assessed performance. What I’ve learned is that it’s more often the other way around: your performance is assessed on the basis of a predetermined bonus. A common real-life determinant of one’s bonus compensation is the likelihood that the individual will leave the firm. This is often correlated with performance (top performers tend to be in demand elsewhere), but not always. If you’re talented and productive, but unlikely to leave because your skills aren’t easily transferable or your boss knows you’re not actively looking, well, tough noogies.

Perhaps the most remarkable embodiment of how compensation in the banking industry is rarely tied to performance is what the industry calls the “guarantee”. When someone leaves a firm to join another, often the new firm guarantees the variable, bonus portion of that individual’s compensation in that year. This is roughly analogous to the professional athlete signing a fat guaranteed contract in free agency, except that in this case, in addition to a set base salary, you’re guaranteeing a portion of a secondary pool of money out of which others will also need to be paid and who have no such promises.

The ultimate example of bank bonus tragic comedy, and one which is repeated often across Wall Street from what I understand, goes like this: 1) bank hires superstars with big guarantees, 2) superstars underwhelm, 3) bank doesn’t earn as much as it thought it would with all these superstars, 4) bank must still pay all of these superstars the guaranteed bonuses they’ve been promised, 5) long-tenured employees who may have actually had a good year are paid with the scraps of the remaining pool after the guarantees are subtracted.

The result from all of this is that for the long-tenured folks, some of whom may have been with the firm for years, the notion of fairness and meritocracy in compensation — the basis upon which we’re told these bonuses are paid — loses credibility. It’s too simple just to say that morale declines. Specifically, I think for employees who go through this, money actually becomes more important as a motivator to keep working, not less, because the sheer unfairness of the situation destroys the other less tangible sources of motivation like loyalty, a feeling that one’s work is appreciated, a sense of teamwork and camaraderie, etc. After that happens, what’s left to work hard for when those sources of motivation have been removed, and the individual has been taught that a monetary payoff isn’t really tied to performance?

I should acknowledge that many banks are shifting slightly away from the bonus model and paying out a greater share to their employees in the form of base salary. But this is largely a function of all the negative PR that some banks got in 2009, when they paid out big bonuses after being rescued from the abyss by the taxpayers.

I should also acknowledge that ‘Abdu’l-Baha clearly advocated for a company’s employees to share in its profits. So what’s the problem with the bonus culture, then? The problem is when this profit sharing isn’t carried out in an honest, transparent, and meritocratic way, and when the money is the only motivational tool being used.

Other industries, I think, understand that you can get a lot more out of employees in a much more cost effective way by getting these employees to feel good about their company and their role in it. But I haven’t seen this in banking, maybe because these institutions are resigned to the notion that all finance professionals are mercenaries and won’t care, or maybe because they’re run by guys who were brought up in the cynical, tough guy banking days of a generation ago and can’t imagine it any other way. The irony of banking is that the industry is filled with MBAs, and yet so many of the basic management practices that they teach you in business school are pretty much absent.

In one remarkable example, I once worked for a bank which celebrated a major anniversary (let’s say for the sake of the story that it was it was commemorating 50 years in existence). There was no email announcement, no celebration, no big speech, and thus no one around the office knew this date was upon us. The way we were made aware was by arriving to work one morning to find a small nondescript rectangular white cardboard box on each of our desks. Inside there was a watch — nothing too fancy, but a decent waterproof watch with a rubber wristband — with the company logo and something like “Celebrating 50 years” emblazoned on it. The idea was a good one, specifically to give the employees some sort of recognition at a historic moment. But without any qualitative personal touch — just a high level exec visiting the trading floor shaking hands and passing out the gifts, for instance — the watches became just another material reward. Dozens were on eBay within a week. Compared to the annual bonus expense or even the cost of several thousand plastic watches, that personal touch is extremely inexpensive for the company and probably highly efficient in motivating people to stick around and work hard. And yet, it seems to be an afterthought.

One hole in my argument about how the bonus culture in banking doesn’t lead to better effort is trading. If you’re a trader, then the value that you add every year can be relatively easily quantified, thus allowing for a more straightforward relationship between performance and compensation. For that reason traders have a lot more certainty that if they deliver for the bank, it will reward them financially. But there are other problems with bonuses for traders, most notably that the lure of limitless upside in compensation in the case of success coupled with the very limited downside in the case of failure (in most instances, simply getting fired and joining another bank) incentivizes traders to make huge bets, exposing the bank and even potentially the economy to excessive risk. As recent history has taught us, installing risk management systems or hiring more compliance staff doesn’t solve this problem, at least not entirely.

There’s a lot of research that seems to prove that more qualitative sources of motivation can be more effective than money. Just one of the people working on this is Nava Ashraf, an economist at Harvard Business School who happens to be a Baha’i. I recently came across a profile of Ahraf by Forbes.com, in which she speaks about her experiments in Zambia using non-monetary incentives to achieve development goals. In Ashraf’s way of thinking about the issue, organizations have a certain level of “altruistic capital” — basically the collective desire of individuals within an organization to help each other and work towards a common goal — that is a hidden factor in what makes these organizations productive.

The role of spirituality and religion in all of this is that they generate their own incentive to be productive and hardworking, even when monetary incentives prove to be ineffective. In other words, they help build the level of altruistic capital within society. In the Baha’i Faith there are two places in particular which state this clearly (there are likely many more that i’m forgetting or haven’t come across). The first is from Baha’u’llah’s Hidden Words, in which he states that we “must give forth goodly and wondrous fruits”, and that “Trees that yield no fruit have been and will ever be for the fire”. The other is ‘Abdu’l-Baha’s oft-quoted utterance that “Work done in the spirit of service is the highest form of worship”. This is a huge theme for Baha’is, and I remember hearing the phrase “work is worship” countless times as a kid. But it’s not entirely unique to the Baha’i Faith; that passage from Baha’u’llah above, for instance, is a reference to a story in the Bible about Jesus.

Imagine a world in which employees were compensated fairly, but were also motivated by an intrinsic desire to work hard, be productive, and serve those around them. That would truly qualify as an economic revolution. That might seem an impossibly lofty goal, but the point of the Baha’i Faith or religion in general is not to strive for small goals, it’s to catalyze seismic shifts in society, both spiritual and material. We can take a small step simply by acknowledging in our own lives that working hard is something sacred, and more than just an attempt at a bigger payday.