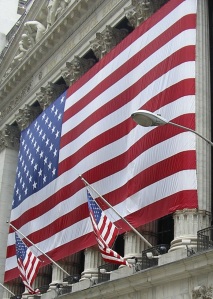 When my dad asks me what he should invest in, I answer as I would for any man in his early 70s: Anyone of retirement age (in my dad’s case, gradually easing into a kind of semi-retirement) should take very little risk. If you’ve worked your whole life to build enough money for your golden years, the last thing you want to do is risk it all. So safe things like short-term Treasury bills make a lot more sense than going all in on stocks.

I learned this basic truth when I was a twenty-year-old one summer working for a retail brokerage office. I also learned that if a financial advisor failed to recognize his client’s proper risk profile and was too reckless with his recommendations, that financial advisor and his firm could be sued for damages. This point was further pounded into my brain several years later as I earned my regulatory certifications to work in the financial industry, and went through tireless bank compliance modules. You get the point: It’s kind of a big deal not to take risks with the money of a person who doesn’t fit the risky profile.

For that reason, when I overheard the following conversation on a financial news show one morning, blaring in the background from one of the trading floor TV monitors as I settled in to work, something didn’t feel quite right. The conversation was between one of the show’s regular anchors and its guest for the day, a former top executive of a major American auto manufacturer who was preaching optimism over the US stock market.

Host: How old are you?

Host: You’re 82 and you’re investing in equities! Every financial advisor in the world, right, says that you’ve gotta buy bonds when your sixty-plus because, God forbid, you lose your capital. Eighty-two years old and you’re confident enough to invest in the stock market.

Guest: I’ve got a very good investment advisor, my father lived well into his mid-90s, I’m healthier at this point than my dad was…

Host: You’re not afraid of the capital risk?

Guest: No, hell no. Nothing ventured, nothing gained. I have a fairly expensive lifestyle. I’ve own airplanes and a lot of cars, stuff like that, so I’ve gotta keep the money flowing.

Host: I’m gonna rip my shirt off and paint an American flag on my chest right now. That’s great.

The most remarkable thing about this conversation is not that a man in his early 80s with, I assume, hundreds of millions of dollars in net worth, feels he has to stay invested in risky assets to fund his “fairly expensive lifestyle”. No, the most remarkable thing is the host’s “American flag on my chest” response. What, exactly, does an old man taking on an unusual amount of financial risk have to do with America?