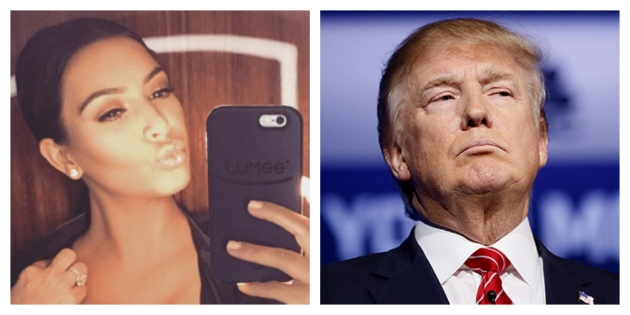 This post isn’t about Kim Kardashian or Donald Trump, of course. I’m sorry for being sneaky. Feel free to leave this page if you feel you have been bamboozled.

I’m thinking of quitting writing Fruit Tree Blog, or at least winding it down. It’s been something I’ve been considering for a while. I wish I could say that it’s time for me to move on, that I want to refocus on other more exciting projects, or that I don’t have much left to say. But none of those things is true. I’ve got plenty of ideas for posts I still want to write. I just don’t have much confidence that anyone will read them.

There is a small group of people who have been hugely supportive of this blog since I started it in 2010. The interest they’ve shown, and the emotional support that that interest has given me, have been tremendous. But other than this loyal few, getting people to read this blog has always felt like pulling teeth, and the past few months have been especially hard.

For sure, one reason is that I haven’t done a good enough job promoting it. A legendary Baha’i blogger gave me some sage advice on this when I was starting, along with some useful tips: apply for blog awards and recognitions; post to other sites and forums to get your profile out there; use social media. Unfortunately I haven’t been able to follow through, at least not to the degree I would have liked. My current job is a big reason why, for reasons that I’ve already touched on and won’t burden you with again. Like I’ve mentioned a few times, the nature of my work has essentially forced me to write under a pseudonym, and almost all of the writing I’ve done for the site has been on my smart phone during my morning and afternoon commutes. The blog essentially has no personal element, other than the vague acknowledgment of some shadowy author named “Ed Hollison”.

But I don’t think this is the main reason readership has failed to take off. I’ve gradually come to grips with the fact that what I write just doesn’t resonate with people the way I originally thought it would. Partly, I think the issue is that people just don’t read long-form articles and blog posts like they used to, with our interactions on the internet shifting towards tweets, likes, and emojis.

If I’m honest with myself, however, the content is also to blame. Maybe people don’t like the thought of reading a blog dedicated to religion, especially a particular religion, however loosely. Maybe the style of blog posts is too preachy and predictable: news story or trend, commentary, some Baha’i passage, conclusion. Maybe the sentences are too rambly and long sometimes. I’m sure all of this has contributed.

Beyond all that, a lot of the blog’s failure to reach a wider audience, I believe, pertains to the fact that the main themes are not attractive to many readers. If you can pluck one single overarching message out of the blog, I’d say that it’s personal responsibility. I’ve argued that major economic and social problems — inequality, failures of democracy, racism, etc/ — require not just a change in public policy, but a change in our hearts and in our behavior. If we truly want to change the world, I’ve argued, maybe we need to start by looking in the mirror.

That message is at the heart of the Baha’i Faith, and for that matter every other religious path. But if I’m honest with myself (there’s that phrase again), I must admit that that message also cuts very much across the grain of society, both as it is now and how it is trending. It is simply too easy and fashionable to couch difficult subjects in the language of “us versus them”, or to conclude that every conflict can be solved by supporting the right cause or vanquishing the right villain.

Beyond that, I’m not really sure prospective readers actually care. For me this point was driven home recently, when I shared my most recent post on my personal Facebook page and earned a total of three “likes”. I subsequently shared a funny meme about Cookie Monster and got a dozen within a few minutes. As you may have gathered, that was the point of the Kim Kardashian/Donald Trump thing; I wanted to see how much attention a post with a sexy title and image might attract when it showed up in people’s Facebook feeds and email inboxes.

The blog isn’t necessarily dead. In all likelihood you’ll see me (or Ed Hollison) in this space again, and in the meantime, the existing posts are still there for whoever finds them useful. Maybe at some point I can actually start using my real name, which would change things quite a bit. But in any case, it’s time to take a bit of a step back and think things through. For the few loyal readers of Fruit Tree Blog, thank you truly. For all others, you can find Kim Kardashian’s Instagram page here.