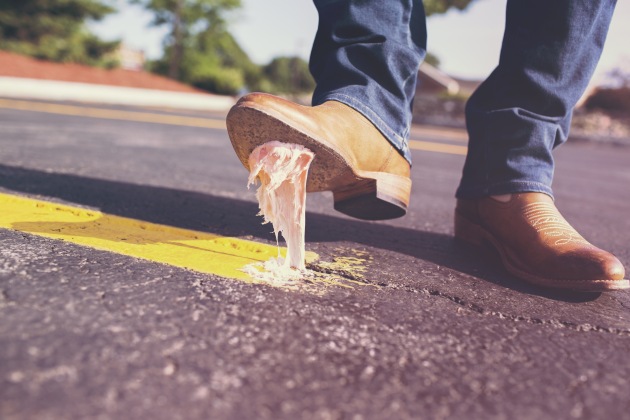 As I’ve mentioned before, for the past several years I’ve been working as a sell-side macro strategist in the banking world. All this means is that I help clients of the bank I work for to better understand the financial markets and make good investment decisions.

Oftentimes the most stimulating aspect of the job entails having broad conversations with clients about the global economy, given that what happens on that level weighs so heavily on the price of pretty much every financial asset. Right now there is a clear sense of pessimistic resignation among most of the clients I speak to, as more and more of the investment community comes to grips with the frustrating reality of the post-crisis economy. Europe and Japan appear to be dealing with a perennial threat of deflation. China is, at best, gradually slowing from its previously unsustainable pace of growth. Even the US, a relative shining light among developed country economies in recent years, is struggling with stagnating wages, especially for the poor and the middle class. Though few think to use the term, I personally think the period we’re in now may be classified by future economic historians as a global depression, one milder than what we experienced in the 1930s, but with the same features of sluggish demand and weak growth and inflation for years on end.

Lately these conversations have steered towards the question: How do we get ourselves out of this mess? There are no easy answers. That’s mostly because, like many things in life, the technical solutions are relatively straight forward, but the social and political backdrop makes those solutions essentially impossible.

To take an example, since the crisis in 2008, central banks have pulled out all the stops in an effort to boost growth and prevent inflation from turning negative. The first step was to cut their key interest rates in an effort to encourage investment and spending. But eventually many central banks hit zero or close to it, and the conventional wisdom was that banks’ target interest rates couldn’t go negative. So a number of central banks tried pulling other levers, given that cutting rates alone wasn’t doing the job, only to find that even this mix of policies wasn’t enough. Now policy makers are debating whether or not to cut interest rates deep into negative territory, an uncharted policy territory which may finally ward off deflation and kickstart the economy, but may also risk destabilizing banks and making the whole problem worse.

You get the point. There is a sense of desperation on the part of many of the officials around the globe in charge of monetary policy. Their bullets have essentially been fired, their caches emptied. And now they are scrambling for whatever other flotsam and jetsam they can throw at the problem.

So what is the solution when the usefulness of monetary policy is all but exhausted? For most of the clients I speak to (and I would agree), it’s fiscal expansion. As the argument goes, if loose money policies aren’t enough to get demand going, then maybe some combination of cutting taxes and increasing government spending should be next. Most economists see this as reasonable; these policies would increase debt levels, but then again, so would lackluster growth in a scenario in which we tried nothing. And besides, rather than expressing concern about too much debt, markets these days are practically begging governments to borrow and spend more; at the time of writing, Japan — a country with a debt level double its GDP — can borrow at negative interest rates going out ten years.

Here is the point: Politics makes a badly-needed policy intervention such as this one essentially impossible. As economic outcomes stagnate — unemployment remains high, real wages fall, etc. — democracies don’t tend to sway towards loosening the fiscal reins. Canada under its new prime minister, Justin Trudeau, is a notable exception to this. But it is very much an exception. In Europe, the UK, and the US, major political movements have emerged urging governments to tighten their belts, rather than let loose. You can blame part of this phenomenon on the preferences of very wealthy individuals with disproportionate political power, who might push policy away from anything that risks expanding the size of the state or making the tax code more progressive. But I’m convinced this isn’t the whole story. The concepts of belt-tightening and “making due in tough times” are easily understood by the typical democratic voter; the concept of a fiscal multiplier for economic output is not. So when economies face those tough times, politicians can signal their credibility, trustworthiness, and discipline by extolling the virtues of fiscal modesty and “pulling ourselves up by the bootstraps”. That such austerity actually drives an ailing economy further into the abyss is seen only as a minor nuisance along the road to political victory.

As if this reality — that politics seems intrinsically biased towards pulling back on the fiscal  reins at exactly the wrong moment — wasn’t depressing enough, the case of migration gives us another example. As I discussed in a recent post, all developed economies need some influx of workers, including the unskilled. The cases of Europe and Japan are especially dire; as the working age population shrinks in these places, generating demand and fighting deflation become considerably more difficult. Yet, the common response within democratic societies during bad times is to restrict the inflow of workers rather than expanding it, as we commonly rush to point the finger at immigrants and other foreign governments for our economic problems. Europe is nearly fracturing over this issue as swaths of Syrian and other refugees flood into the continent. Despite the continent’s desperate need for more young workers, it is abundantly clear how the European electorate feels about immigration. From the UK’s flirtation with exiting the European Union, to Germany’s recent regional election results, to the multitude of countries within the EU openly challenging its principle of free movement, the writing is on the wall. Here in the US the situation is somewhat similar, even as our population issues are less dire. It’s not a coincidence that both major American parties now feel more emboldened to rail against globalization and free trade, and that one particular party’s front runner has made building walls between us and them — in quite literal terms — the flagship idea of his campaign.*

Things are getting particularly scary, I think, because people are slowly coming around to the reality that democracy lacks built-in mechanisms to deal with these phenomena. A lot of investors had this feeling, as did I, in mid-2011 when a handful of US politicians nearly crashed the world economy by refusing to allow a rise in the nation’s technical debt ceiling. This near-catastrophe was brought together by a match made in hell: voters who didn’t understand the debt ceiling concept, wrongfully assuming it to be associated with government profligacy using the simple logic of “more debt equals bad”; and politicians eager to capitalize on this misunderstanding, willing to vote for economic calamity in an effort to ingratiate them to their constituents. The crisis was averted at the last minute, but the episode sent a chilling message: There truly are no adults in charge.

Our current economic challenges are creating a similar dynamic, but one that is much more permanent in nature. After a generation of stagnant wages and nearly a decade of post-crisis economic malaise, voters are understandably mad as hell, with that anger now able to be sharpened into a devastating weapon in an era of instant communication and ubiquitous social media. In previous eras, perhaps, business elites and captains of industry might have been able to rein in this type of destructive populism. That effort is very much in full force this time around, in both the US and Europe, but this time voters don’t seem so easily pacified. How could they, after so many years of failed economic promises that seemed only to line the pockets and strengthen the influence of the wealthy and powerful? To suggest that elites must now wrest democratic control from the angry mobs now seems laughably naïve at best, and suspiciously nefarious at worst.

Now more than ever, the combination of dishonest, opportunistic politicians; poorly-educated, apathetic, and easily distracted voters; and a feckless, click-baiting press threatens to render democracies powerless to solve their most urgent problems, and the issue of the economy is now serving as a perfect illustration. There is no Superman swooping in to deliver us to safety, no handsome and charismatic politician who promises to make it better, if only we might give him our vote. The solution will take something deeper, a personal and moral accounting on the part of every citizen, as we decide what kind of voters we want to be, what kind of elected officials we deserve, and what kind of journalists we entrust with the truth. That is, it requires an honest look in the mirror on the part of all of us about the ruptures in the democratic fabric and the personal efforts we must all make to repair them. Otherwise, years from now we may look back at this moment as the good times, when the cynical spiral of economics and politics was just getting underway.

*Turning more protectionist towards trade or restricting immigration isn’t necessarily a cyclical economic issue the way fiscal policy is. The point is that to avoid long-term stagnation related to an aging population and a shrinking workforce, Europe and Japan need more young people coming from foreign countries, not fewer.