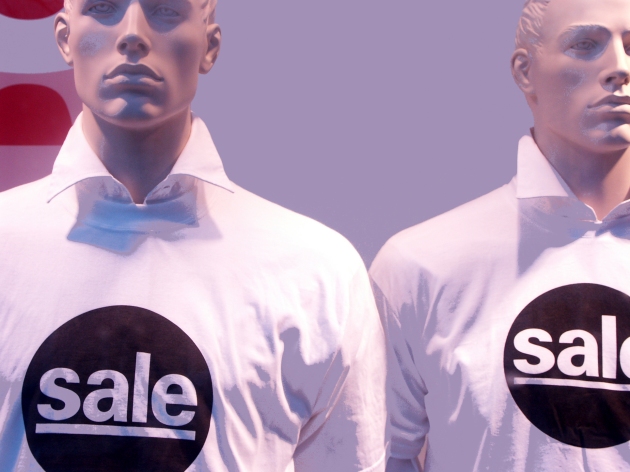 My wife recently passed along a clever Atlantic article entitled “The 11 ways that consumers are horrible at math”, focusing on some of the mental mistakes that we tend to make in our economic decisions and how vulnerable we are to the influence of marketing. In true Atlantic fashion, it introduces no real new insight, but does a good job summarizing and explaining some of the existing research. Here’s a snippet:

(5) We do what we’re told. Behavioral economists love experimenting in schools, where they’ve found that shining a light on fruit and placing a salad bar in the way of the candy makes kids eat more fruit and salad. But adults are equally susceptible to these simple games. Savvy restaurants, for example, design their menus to draw our eyes to the most profitable items by things as simple as pictures and boxes. Good rule of thumb: If you see a course on the menu that’s highlighted, boxed, illustrated, or paired with a really expensive item, it’s probably a high-margin product that the restaurant hopes you’ll see and consider.

As the paragraph above mentions, the influence of “framing” on individuals’ decisions can be powerful. That’s just one of many ways that we fail to even come close to performing rationally in our routine economic decisions (if we were perfectly rational, the framing effect would be nil), a point I’ve made on this blog many times in the past. Yet the passage above also contains another important point: framing and other strategies can be used for things we commonly think of as bad (like pushing restaurant goers towards higher-priced items), or for things we find good (like getting school kids to eat healthier foods).

This is the whole idea behind the recently conceived concept of “libertarian paternalism“, championed by Richard Thaler and Cass Sunstein and popularized by their book, Nudge. Thaler and Sunstein are keen to argue that while it’s wrong to force people into a particular decision that would benefit everyone, we can still “nudge” them with certain mental tricks. Organ donation is the classic example; most everyone agrees that the decision on whether or not to donate one’s organs should the individual’s own and never the government’s, yet the evidence suggests a country’s default setting — ie starting everyone out as donors and giving them the freedom to opt out rather than the other way around — has a huge impact on how frequently people actually participate. You can “nudge” people to be organ donors, that is, without forcing them or even providing any real incentives.

I’m a big supporter of libertarian paternalism, even though I think the term is a misnomer (it’s much more paternalistic than libertarian, if you ask me). I think it’s important to acknowledge its limits, though. Proponents of policy-led “nudges” or other public interventions are coming from the angle that since we humans do not behave consistently rationally and that markets are inherently imperfect, public policy can identify and fill in the gaps wherever markets fail.

That second part about the power of public policy is a fantasy. First, it’s technically tricky (figuring out exactly how much to spend on government-led efforts to encourage kids to eat vegetables, for instance). But secondly, government simply doesn’t have the firepower to offset all the purposeful “bad” nudging that private industry pumps out.