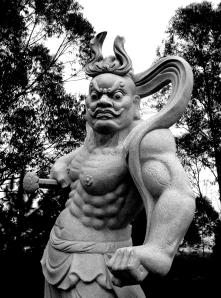 Yasheng Huang is one of my favorite voices on China, and his recent Foreign Policy op-ed is a must read. In it, he makes the case that democratization is not only a moral imperative, but is in the best interests of both the larger Chinese populace and the Communist Party elite.

One of the things that Huang does in this piece is to dispel the notion that the Chinese government has discovered some superior economic formula. Sure, the market reforms of a generation ago set China up for decades of near double-digit growth. But as Huang lays out, that’s mostly a function of the fact that at the start of that period, China had a lot of catching up to do after years of stagnation. And Huang also reminds us that the typical Chinese citizen remains extremely poor as of today, even after so many years of rapid economic expansion. Here’s an excerpt:

Yes, in the last 30 years, China has done a remarkable job of lifting hundreds of millions of people out of poverty, but we must keep this achievement in perspective. One reason the post-Mao leadership lifted so many people out of poverty is because Mao Zedong kept so many Chinese poor. (In 1979, showing remarkable candor, the Chinese Communist Party itself publicly acknowledged that per capita grain consumption of Chinese remained stagnant between 1957 and 1978.) Second, the poverty threshold is commonly defined as living under $1 a day. Living above that line is an improvement — not prosperity. Based on data provided by the World Bank in 2008, roughly 30 percent of China’s population, or 390 million people, lived below $2 a day. By this measure, China has a comparable percentage of people living in poverty as Honduras, a country that never experienced China’s rapid GDP growth.

Besides, China’s overall performance in the last 60 years does not stack up well against its neighbors. Since World War II, the most successful economies have all been in East Asia: Japan, South Korea, Taiwan, Hong Kong, and Singapore. There are three exceptions to this East Asian rule of success: China, North Korea, and Mongolia. The first two are led by communist parties, while Mongolia was communist from 1924 until 1993. So the appropriate question is not why China has grown so fast in the last 30 years, but why it is still so poor compared with other countries in the region.

This point appears to have been lost on most people here in the US, who seem to believe that China is growing faster than we are because it is either working harder, cheating, or benefitting from the government’s more active role in the economy.

There is some truth to the cheating thing, but it is overblown. There are legitimate issues with regard to how the Chinese government addresses intellectual property and how it deals with foreign companies operating onshore. But the “currency manipulator” thing is no longer relevant; China’s trade surplus of recent years (the point of maintaining an artificially weak currency) has essentially vanished, and policymakers there are actually moving deliberately from a fixed to a floating exchange rate regime. You can comfortably make the case that Brazil is twice the currency manipulator that China is at this particular juncture. The notion of “declaring China a currency manipulator on day one”, as we in the US became accustomed to during this recent Presidential campaign, sounds catchy but doesn’t have much substance.

The point is, theory suggests that poor countries are supposed to grow faster than rich ones, and this is exactly what we see in real life, at least in the case of China and other less developed countries that have functioning free market economies. To ignore this reality, as many politicians and even some academics tend to do, would be to tacitly accept a world where the gap in living standards between rich and poor remains in place forever. That’s not the world that I, or most people I know, want to live in. And it’s certainly not consistent with the Baha’i vision of a world without today’s extremes of wealth and poverty.

Though it’s important to note that Chinese growth has slowed in recent years (the consensus is about 7.5-8.0% for 2012), we should be celebrating, not decrying, the fact that it is outpacing that of the US and other more developed economies. This is not just a matter of economic principle, but the right of the world’s poor to achieve something better than they have today, either for themselves or for the generations that follow.